Buck Island is the largest of three islands off the northeastern coast of St. Croix.  Originally called Isle Vert (“Green Island”) because of the lignum vitae trees that populated the island. 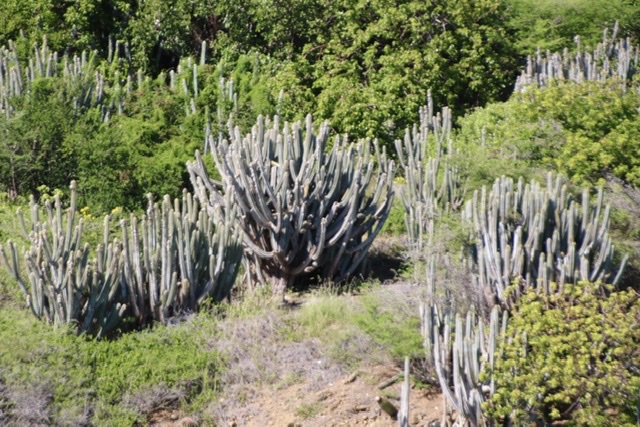 The island is now forested with the Turk’s Cap Cactus (Melocactus) or redhead barrel which has edible candy corn looking fruits and the Organ–pipe cactus, (Stenocereus thurberi)

Considered a part of the National Park Service, Buck Island is known for its coral reefs.   Coral bleaching is an issue as the coral has been stressed by both the organic environment (hurricanes, etc) as well as people.   One of our conservationist, Kemit-Amon Lewis’  project of creating a reef nursery which grows into coral trees that are then replanted in areas that were affected. 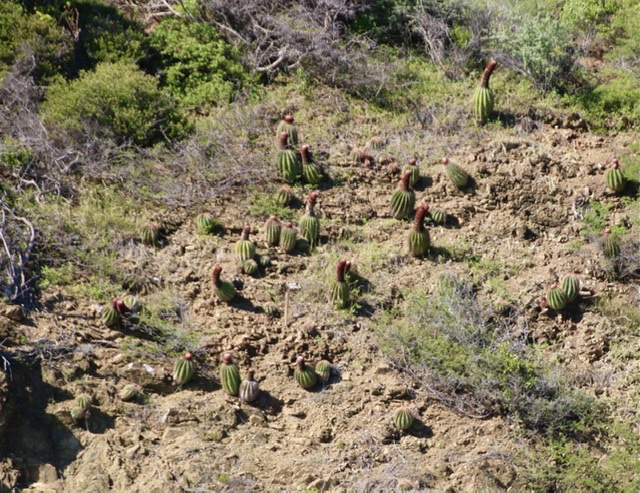 The US Virgin Islands was the first in the Caribbean to declare a ban on certain chemicals in sunscreens.  Those carcinogenic ingredients are partly responsible for the damage to our coral reefs.

For a list of what sunscreens are allowed, please check out the link below.
https://www.travelweekly.com/Caribbean-Travel/Sunscreen-ban-to-take-effect-in-USVI 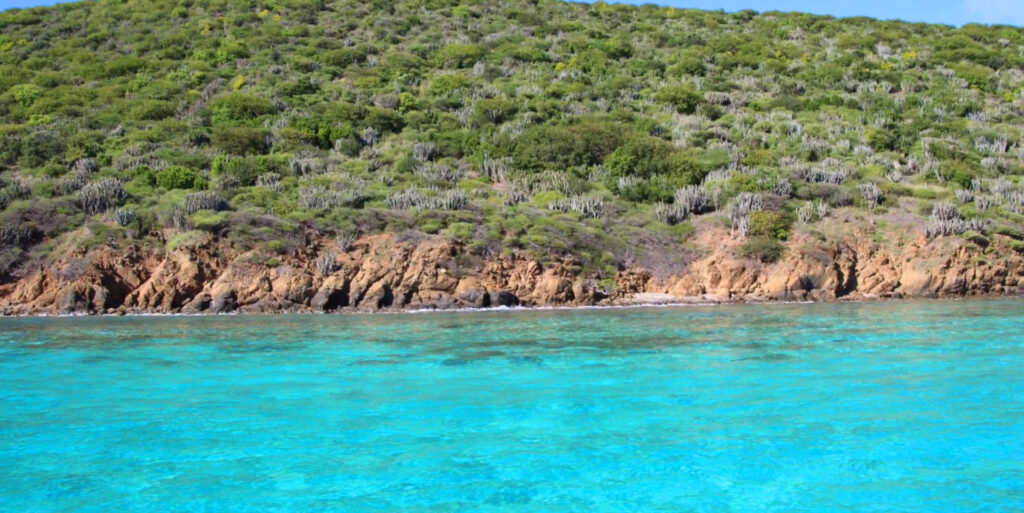 Along with the sandy beaches, Buck Island is excellent for snorkeling.  Schools of a colorful variety of reef fish and coral are found on the eastern side of the island.  Anchoring is prohibited so mooring are provided for a limited amount of boats.

You can get to Buck Island from Green Cay, Gallows Bay, or Christiansted with the following charter companies