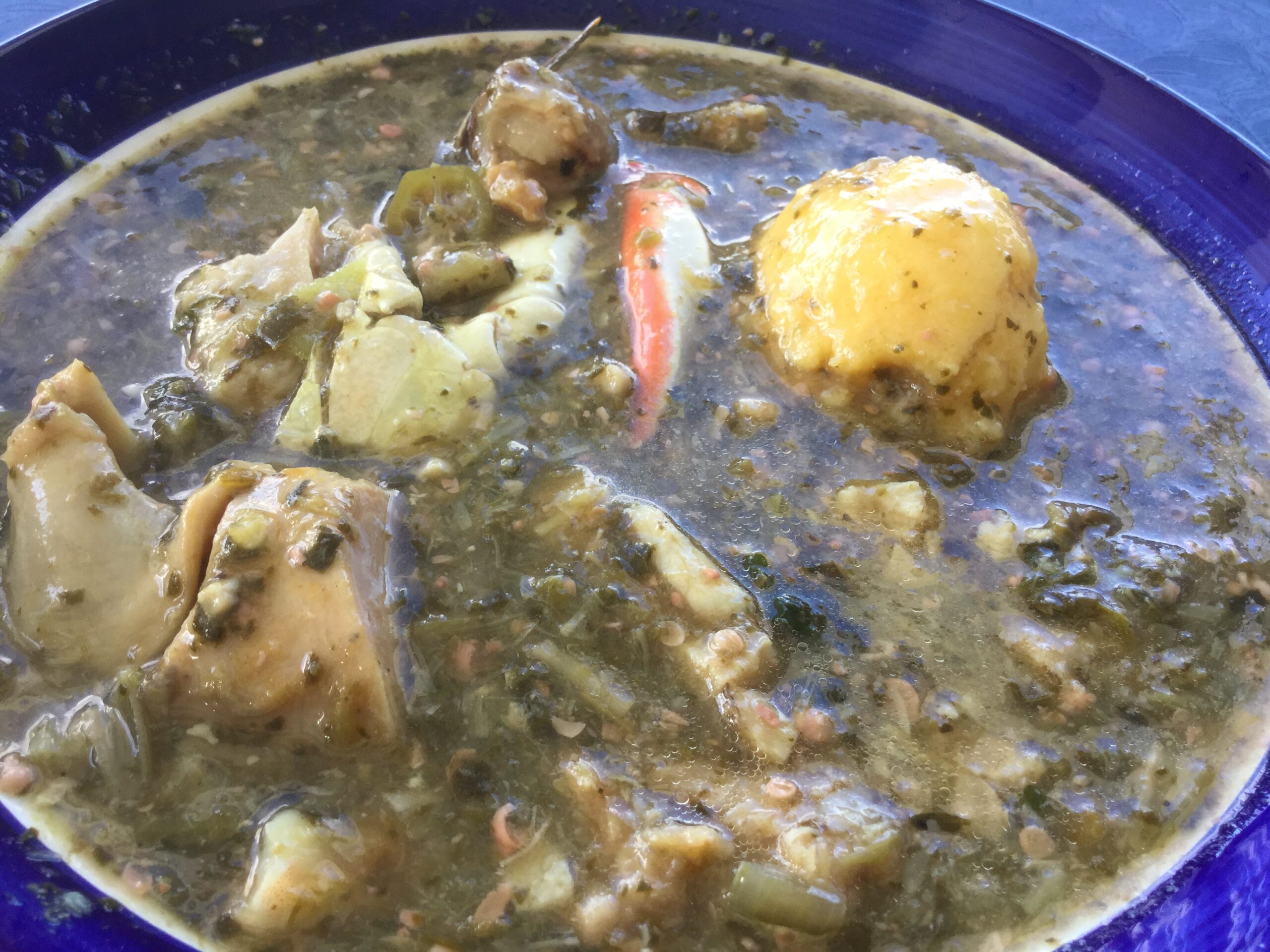 Caribbean food varies from island to island. Each Caribbean island pride themselves on a few dishes they prepare that is favored by locals and tourist alike. St Croix is no exception. It is known for its local cuisine.  Lobster, Conch, Bull Foot Soup, Roti, Callaloo, Stuffing, Plantain, Tostones to name a few. The island has influences from all the corners of the globe. From South and Central America to Europe, Asia, and Africa.

When locals and the ones that have been away arriving back on the island they look forward to certain dishes,  “home food”  as is defined.  Callaloo and crab, stuffing with raisins, fry fish(kingfish), and fresh conch & lobster in butter sauce are some of the local favorites. Not to mention chicken and rice, Lechon, rice and beans, dumplings, pot fish & fungi, and salt fish prepared a million ways. And last but not least our famous Johnny cakes and the different type of local pates which is not like the French pâté but meat or fish stuffed in a delicious crust.  Everyone knows who to go to for certain foods including desserts, but that’s another story. 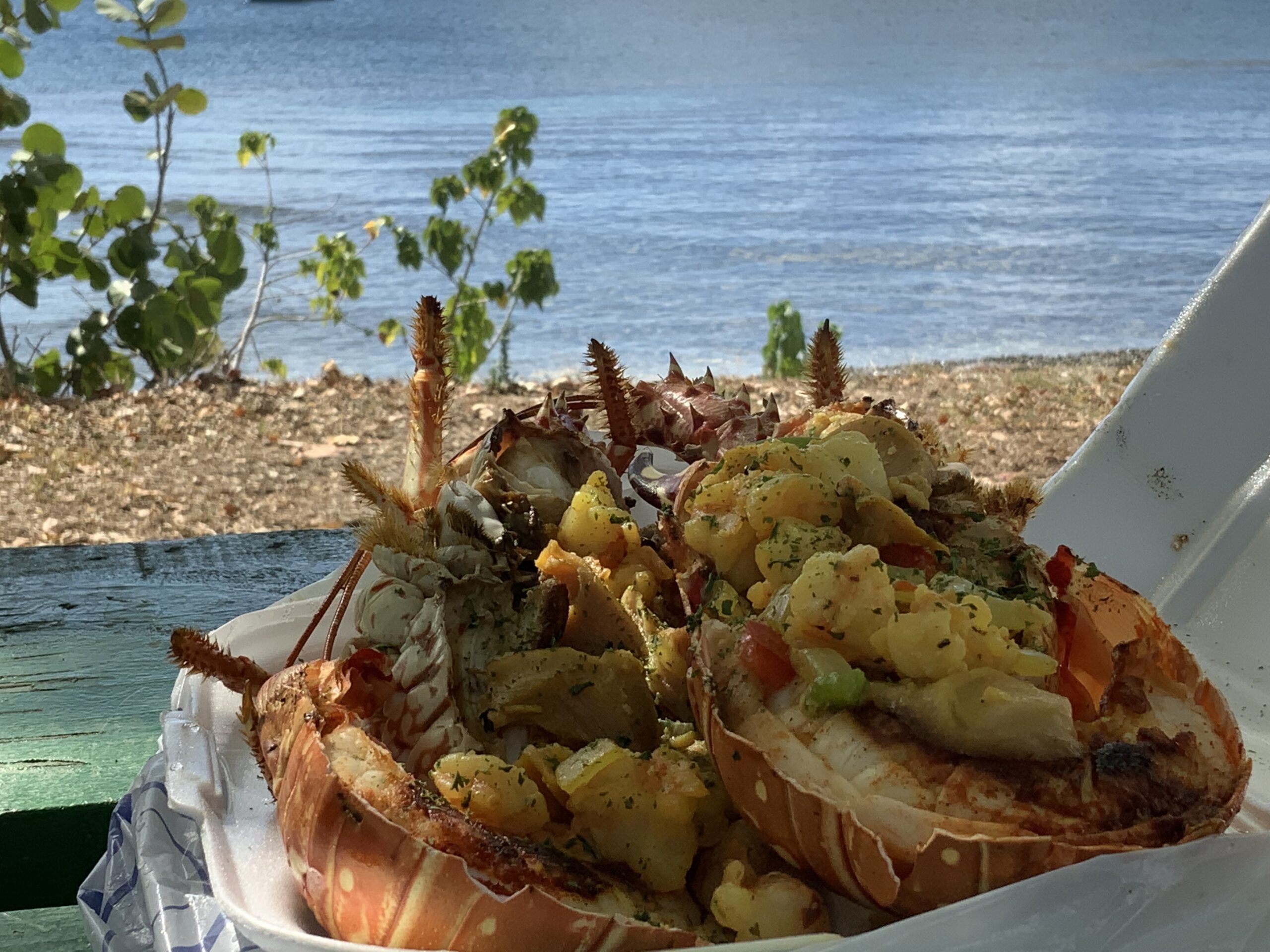 Gotta go now.  As we would say… “Meh mouth-watering” writing about our good foods.