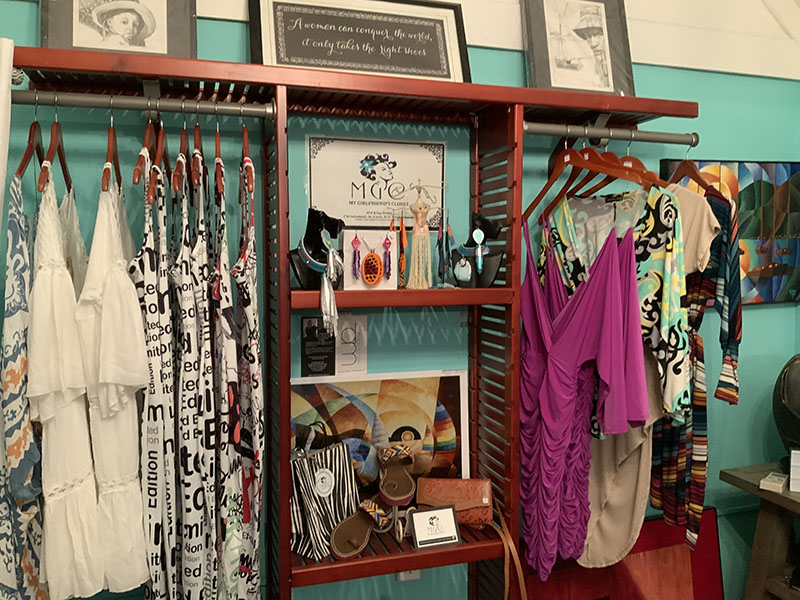 Recently, we had the opportunity to interview three generations of Simmonds women, Khnuma, Xaulanda & Xauskya. We learned about their philosophy and the beginnings of Girlfriend’s Closet. Khnuma talks about the inspiration behind the creation of the store. Khnuma, her sister, her niece and her mother started the store based on their 4 different individual styles: Classy Professional (Xaulanda), Sheek Trendsetter (Khnuma), Comfy Bohemian (Mom), and lastly, Casual Bohemian (Xauskya).  Xauskya (Xaulanda’s daughter), is now being groomed to follow in the footsteps of her mom as a young entrepreneur.  She brings a fresh new style as well as tech to the table.  Khnuma says, “It’s the mixture, “pilau” that brings everything together.”

Ten years ago, they came up with an idea and executed their plan to open a boutique that caters to women’s fashion.  They started small and now they have a large following. Local designers as well as other designers worldwide showcase their products in the store. These ladies are truly passionate about their dream.   Because of them, the island is known internationally as a result of the lasting relationships they have created during the store’s existence. 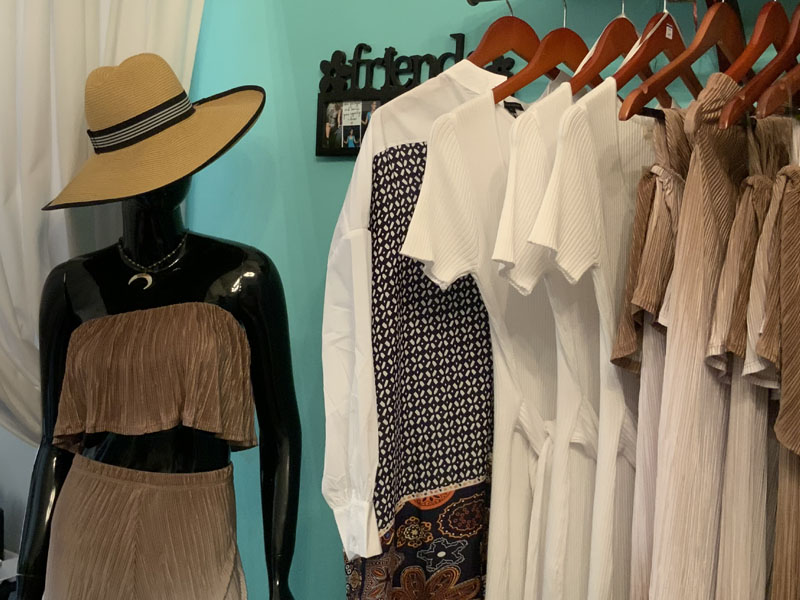 Now going on the eleventh year in business,  they have created a term called “Girlfriendism” which started off as a feeling women felt when they stopped by My Girlfriend’s Closet and has now blossomed into a global phenomenon.  They are spreading the word through avenues of fitness, fashion, wellness, business, philanthropy, and travel.

After being locked down for over a year due to COVID, they have decided to host an event called, Girlfriendism Women’s Retreat. This retreat will allows women in business to come together for self care and to engage and empower each other.